How to install git on Linux

Git is the most popular distributed version control system among developers, especially Linux-based software developers. In this tutorial we'll guide you through the process to install and configure git for use on your Ubuntu and Debian based Linux.

You may have previously learned the basics of version control and read background information on git, in this post we are going to learn how to install and configure git on a Debian based Linux distribution.

The easiet and recommended way to install Git is to install making use of a package manager. The most common package management on Debian based distribution is **apt (Advanced Package Tool) **, which is used and tightly integrated Debian, Ubuntu, Mint, Kali, PopOS etc.

Depending on your distribution and release version, there may be a possibility that git is already installed, therefore it is worth double checking.

To check if git may be already installed, simply using the terminal window to check the version number.

If the command returns a response similar to the below, then git has been previously installed. 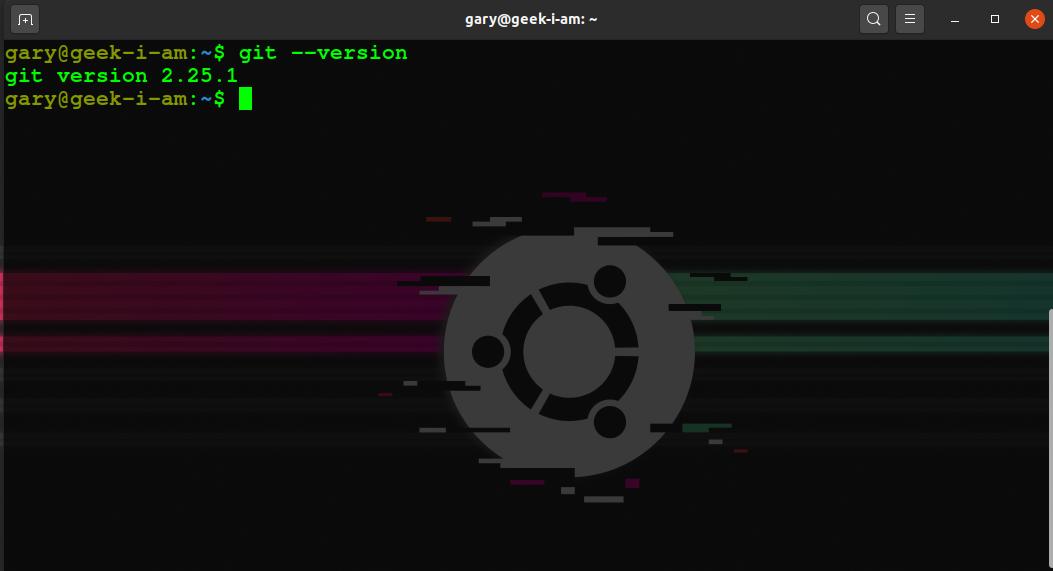 If git is not installed then the command will return a message indicating that git could not be found, if that is the case then we can update and upgrade our packages to ensure we get the latest possible version, and then install it.

Once the installation is complete we can once again verify installation and version number using the git --version command again, which should now confirm Git has been successfully installed.

When starting to use Git, it's important to configure it so that it works as expected in your particular environment. The first configuration option to consider is setting your username and Email address you would like to associate with all your commits. Git expects you to set these options at a minimum.

The primary reason for this is due to the fact that Git is a Source Code Management System, and it's primary job is to track changes made by users over time, therefore it needs to know who is making those changes so that it can record and associate those changes with a user account.

If you don't specify these values, then git will default to associating them with signed on userid and machine name, which chances are that is not what you want to have the system ultimately use.

Git enables you to set a global and per-project username and email address , and you can easily administer your git identity using the git config command.

The first option to consider, is to set a Global username and email address,

The global git username and email address are associated with commits on all repositories on your system that don’t have repository-specific configuration values.

Once you've completed configuring your name and email you can verify your settings anytime using:

Which will return something similar to:

Git stores your configuration details in a hidden text based file gitconfig in your Home directory ~/.gitconfig.

You can use any text based editor to view these details, in our case we'll use nano

Which will look similar to

Installing Git on Debian based Linux Distribution is a matter of making use of the APT package manager.

I recommend the Pro Git book and learn more about how to use Git.